For over a century the powerful words of William Ernest Henley’s poem Invictus has embodied America’s indomitable spirit. Within the CrossFit community the poem has grown synonymous with our identity – at nearly every public event or broadcast, a large green “V” is emblazoned upon so many athletes’ shirts with its accompanying message:

“I am the master of my fate,
I am the captain of my soul.”

This is a charge shared equally among CrossFit practitioners. We believe our actions dictate outcomes. This is also the plight of CrossFit.

Many in society today are struggling through a crisis of meaning, mental health concerns abound. Nevertheless, CrossFit and its community grow progressively stronger every day. Yet, even on our individual best days, each of us faces struggle. Struggle is a part of the process. 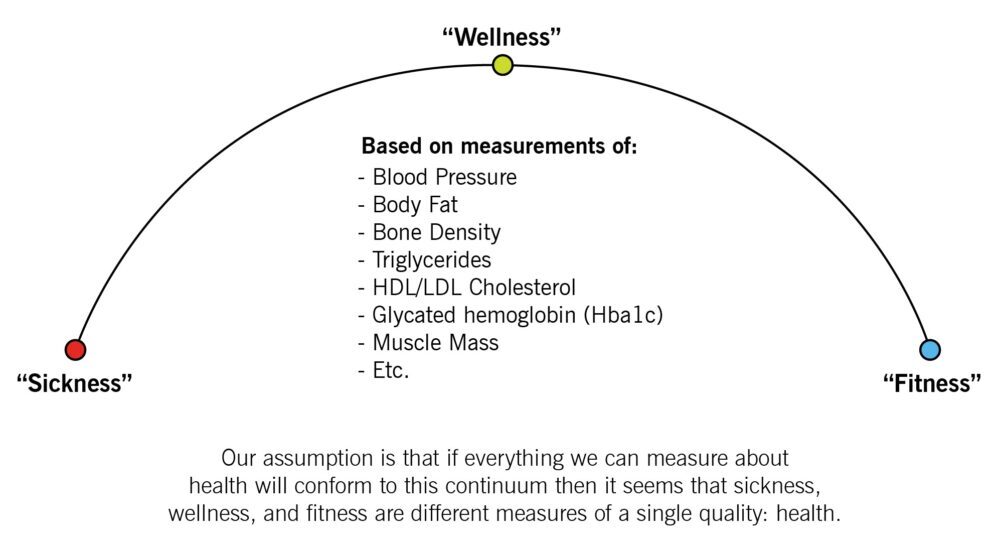 CrossFit has firmly staked out its position: to improve the overall well-being of its community (see CrossFit’s “Sick-Well-Fit Continuum”). Convicted by purpose, the company has unabashedly maintained its focus. In the face of criticism and challenges – from inside the community and others – of its business decisions and practices, CrossFit has remained steadfast. Recently, the company removed its massive social media footprint on Facebook and Instagram after a controversial move by the social media platforms resulted in censoring information relating to a diet and health company that CrossFit supported. Similarly, there has been a full reorganization of its flagship event – the CrossFit Games – to better include the global community in the event.

CrossFit has a unique ability to maintain narrow focus and honor to its true purpose. While we might disagree with the decisions, time and time again, we each come to respect the veracity of those decisions. When challenged, the organization re-doubles its focus around initiatives, such as, CrossFit Health – the pursuit of an increased quality to life over a longer period of time – and relentless attacks on corrupt food producers. As CrossFit conquers its challengers, it inspires us all.

This notion is not novel. Aristotle wrote of eudaimonia – loosely translated into “purpose” or “happiness.” However, Aristotle did not define happiness as a temporary joy. Instead, he explained that it was satisfied with moral purpose. Lives were therefore “good” if they were fulfilling their purpose, especially in the service of others.

CrossFit empowers and demonstrates to each of us to take our lives into our own hands – the master of our own fates. By emphasizing the individuals’ ability to own their own destiny, each of us feels strength. In academia, this is known as the “inner locus of control” – the ability to make choices that dictate the outcomes of our own lives. (“External locus of control” is the notion that forces outside one’s self affect our ability to succeed.) In layman’s terms, this is embodied mantra by both of this year’s top CrossFit Games’ performers: Noah Ohlsen’s “nothing replaces hard work” mentality and 4x Champion Mat Fraser’s now-recognized slogan that “hard work pays off.”

Ultimately, each of us controls our own story.

Unfortunately, sometimes our purpose is not easy and we will face challenges or criticism. A critical part of our universal nature is to avoid pain and seek pleasure. Thus, our community plays a central role in how one deals with adversity when it strikes. As Malcom Gladwell powerfully explains in his book David and Goliath: “There are time and places when all of us depend on people who have been hardened by their experiences.” Adversity should be rightly acknowledged for the central role it plays in our development. So long as we stay true to our moral purpose, we will not likely suffer in ways so many around us do every day.

Very few athletes in our community embody this message better than Kristine Andali. Her path has not come easy. Much of her story is tattooed to her body and her social media presence is an active, testimony to her journey. Like many CrossFit athletes she came to the community when her competitive gymnastics career ended in 2008. She jumped into the arena of competition and inspired many with her fight and determination. By 2014, she was ranked inside the top 10 of all female CrossFit athletes in the world, before a torn Achilles sidelined her for the 2015 season.

Andali put her head to the grindstone, moving from New England to Southern California to heal up and train, harder than ever. Her efforts were rewarded, by earning a #3 seed for the California regional event the following year. As countless adoring fans around the world watched, she tore the labrum in both of her shoulders during a failed snatch attempt at the end of Event 1 of the 2016 CrossFit Regional Games in California.

This was just the beginning of her struggles. Over the next two years she would endure through four shoulder surgeries, months of rehabilitation, and a bevy of challenges in her personal life. Similar to CrossFit, more-broadly, Andali’s resolve, focus, and alignment to her greater purpose gave her strength. When she rebuilt her body and mind enough to step back on the competition floor for the Italian Showdown in 2019, she fell short of her publicized goal: compete at the CrossFit Games. But she is stronger today than ever. Ask her.

Recently, Andali launched her own lifestyle advising company. Her robust communication methods provide nutritional coaching approach based primarily on lifestyle and personalization for each client. The company has grown 300% in just one year and she intends to grow her client base again in the coming year.

Like CrossFit, Andali has every excuse society might otherwise give her to fail. The notion of learned helplessness is very popular in modern culture. In fact, psychologists until recently believe people had a limited capacity to handle stress. Today, it is becoming more-widely accepted that stress can help one grow. Not unlike those muscle groups and recruitment patterns we train inside our CrossFit gyms, only by stressing the muscle does growth result. Exceptional people have always understood this, intuitively. The toughest competitions and challenges are the only way to bring out our best.

While it is easy to focus on the triumphant conclusion of Invictus, one should remember how the poem starts:

“Out of the night that covers me,
Black as the pit from pole to pole,
I thank whatever gods may be
For my unconquerable soul.

In the fell clutch of circumstance
I have not winced nor cried aloud.
Under the bludgeonings of chance
My head is bloody, but unbowed.

Beyond this place of wrath and tears
Looms but the Horror of the shade,
And yet the menace of the years
Finds and shall find me unafraid. . .”

Life is a struggle, and it is through struggle that we each derive meaning. Our culture today seeks out the quick fix. Everyone is looking for that most-simple algorithm that nets maximum yield with the least amount of effort. Unfortunately, absent any challenge or struggle, one cannot develop the calloused mind required to remove their own limitations. The only thing to do is to give one’s all, and leave the consequences to fate. After all, you are the captain.

Author’s Note: Chris Davis is an active-duty Major in the U.S. Marine Corps. The viewpoints contained in the article are the author’s own and not representative of the Department of Defense.