Brooke Wells broke the middle finger on her right hand on Friday night at the CrossFit Games. Wells did not mention the injury until just this afternoon via an Instagram story.

In the story, Wells shows that her broken finger is still swollen and is unable to bend it completely. Wells told The Barbell Spin that she broke her finger on the Assault Banger event Friday night.

Wells finished the Assault Banger event in 28th place wrapping up two days of events that did not go in her favor. She would, however, rebound over the weekend finishing no event worse than 15th the rest of the way and a 3rd place finish in the final event, Fibonacci Final. 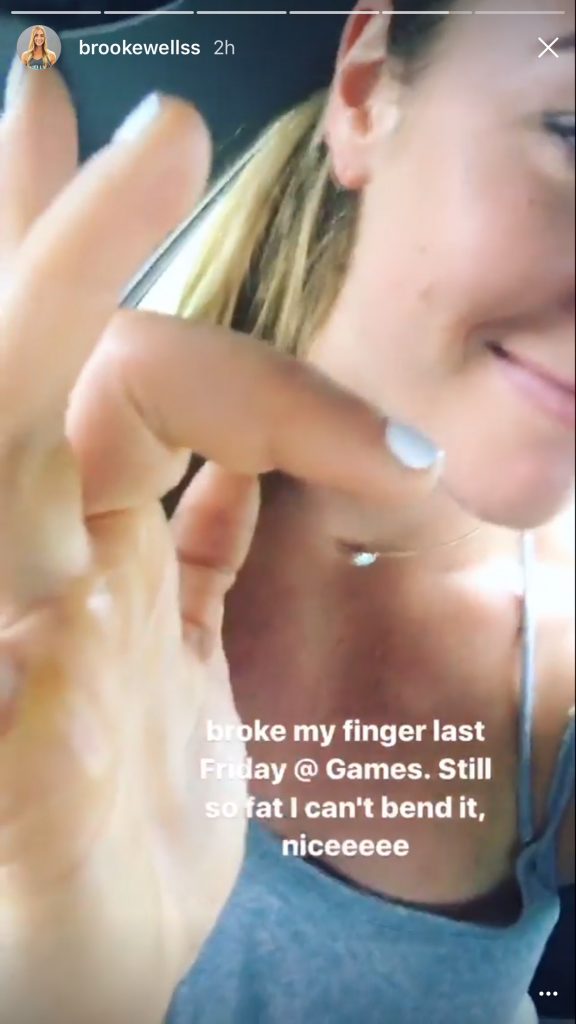 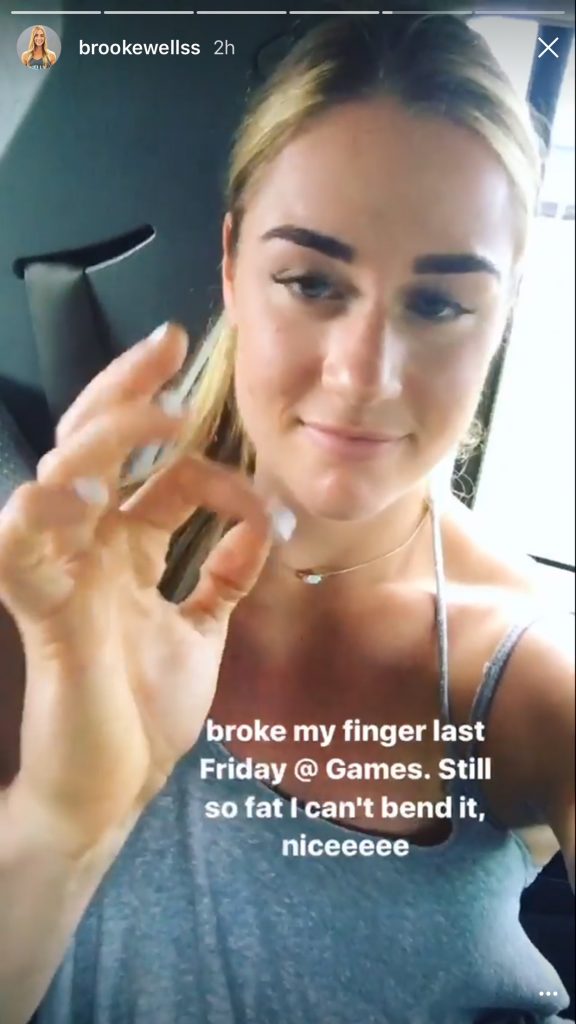 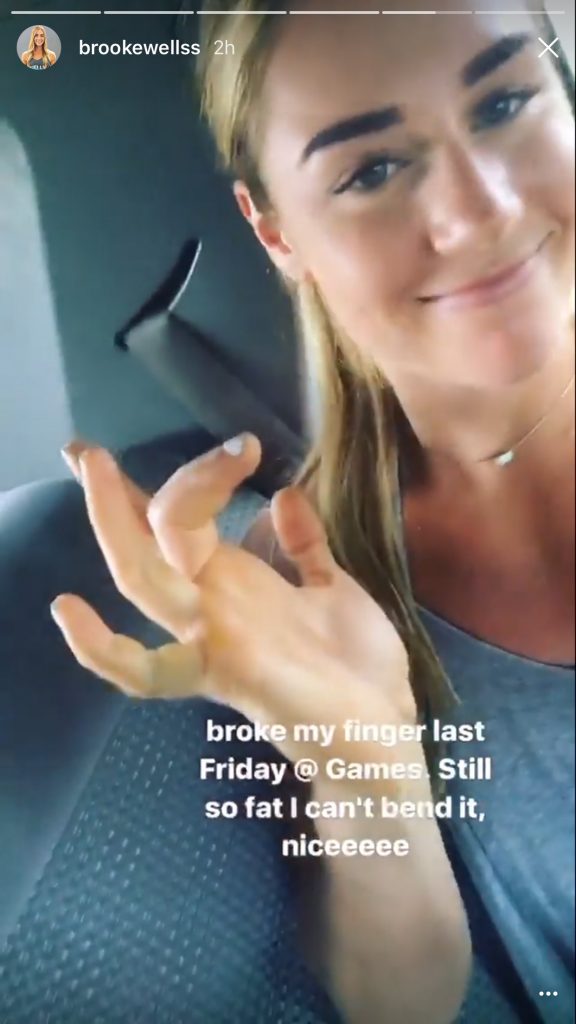