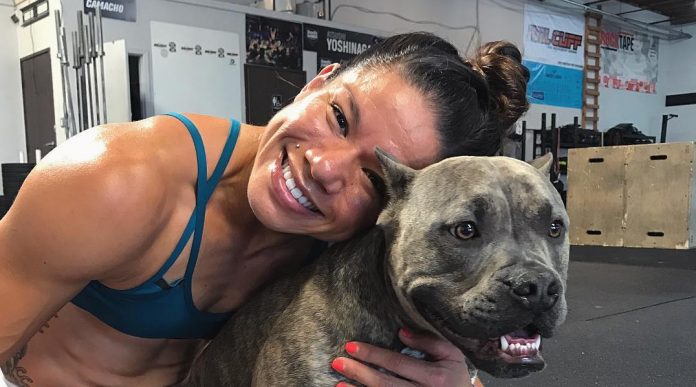 The last of the three regionals (based on time zone) is the California Regional. Both the men and the women have some fierce competition near the top of the leaderboard, but unlike some other regions California does not have a ton of depth after some big names departed or aren’t competing this year.

On the women’s side, Sara Sigmundsdottir spent a brief period in the Southern California region, but once the Open was over CrossFit HQ moved Sigmundsdottir to the Central East since she had never actually moved to California. Also, Brooke Ence is out this year after have surgery for a herniated disk in her neck.

For the men, Dan Bailey also moved to the Central East. But for Bailey, he moved prior to the start of regionals. Also, Marcus Filly elected to sit out this season to spend more time with his family.

Let’s take a look at who we think will be in and who will be out.

Ever since Chyna Cho returned to the CrossFit Games in 2014 she has been tough to beat. While Cho has never won the California (or Southern California) Regional, these workouts seem to be favorable for her. Her worst events last year were the snatch ladder and the pistol, power clean couplet. Neither of those appear to translate to this year’s events. We think Cho will take the California Regional and be the 4th Misfit Athletics athlete to qualify for the CrossFit Games.

Lauren Fisher is done with school. Now she can focus on the CrossFit Regionals. Fisher, winner of the 2016 California Regional, is great with the barbell so it could be a little interesting this year. However, even though she is only 23 years old, Fisher has plenty of experience to draw upon to get through this weekend in a top 5 spot.

Everyone always seems to overlook Alessandra Pichelli, but she continues to show up near the top of the leaderboard year in and year out. Pichelli took 3rd at last year’s California Regional and then followed it up with a 9th place finish. She looks leaner and stronger than last year so keep an eye out for Pichelli this weekend.

Is this the year that Chelsey Grigsby can finally break through? Grigsby has competed as an individual at Regionals the past four years where she finished 11th, 6th, 6th and 8th, respectively. With Brooke Ence and Colleen Fotsch out (Fotsch went team), Grigsby’s odds have improved significantly. We think this is the year we finally see Grigsby on the Games floor.

Whitney Heuser has been to the CrossFit Games three times. However, all three appearances have been on Diablo CrossFit’s team. This is the first year Heuser has stepped out and competed as an individual. While it may take some getting used to competing as an individual, Heuser has been in the heat of competition before and can use that to squeeze into the final qualifying spot to Madison.

Wow. Six events that favor a shorter athlete who has an engine and can move quickly. Who does that sound like? Maybe Josh Bridges? Other than Event 3 with the heavy wall balls and rope climbs, these workouts suit Bridges. We see Bridges building a nice lead on Friday and hanging on through the rest of the weekend to take the top spot in California.

Jason Carroll almost made it last year. Carroll won the final event, but couldn’t put enough space between him and Garret Fisher to get that final qualifying position. But if you take away the snatch ladder from last year, Carroll easily qualifies. Without a 1RM barbell event, Carroll should be good to go this year.

Christian Lucero made it to the Games for the first time last year. Like Carroll, Lucero’s worst event was the snatch ladder. Lucero won Regional Nate last year and took 2nd in the final event of thrusters and rope climbs. Both of those events translate well to this year. As long as Lucero avoids catastrophe he should be well on his way to another trip to the CrossFit Games.

Most are probably not familiar with Jeff Patzer. Patzer has gone team the past three seasons with CrossFit Davis. Last year Patzer finished 8th in the Northern California region during the Open and ended up going to the CrossFit Games with his team. This year he is out on his own. And it looks like it was a good decision. Patzer won the Northern California Open with all finishes in the top 8 in the region. One of those 8th place finishes was on 17.3 with the heavy snatches…which he won’t have to deal with this weekend.

Keeping with the theme in this region, Henry Lopez’s 2nd worst finish at the 2016 California Regional was the snatch ladder. Just like Carroll and Lucero, the absence of the heavy barbell works for Lopez’s strengths. Lopez was in the hunt last year until a disastrous final day. If he can hold it together for all three days Lopez could be making his first trip to the Games.