With teams now scrambling to shrink their roster down to four members, some are already thinking ahead to practicing with the four-person Worm that was debuted at this year’s CrossFit Invitational. However, as shown in an Instagram story by Travis Williams, that might not be so easy.

According to Rogue Fitness’ customer support, there are no plans to sell a 4-person Worm at this time. We reported earlier this week that Williams is considering going team with several other Misfit Athletics athletes for 2018. It looks like they, along with the rest of the teams, might have to wait until they step onto the regional floor to pick up a 4-person Worm. 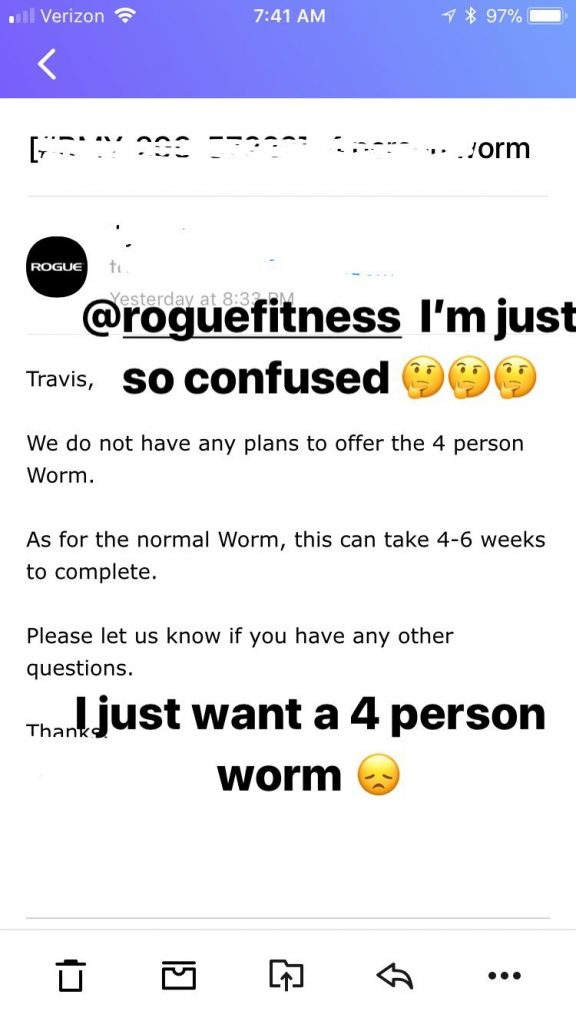