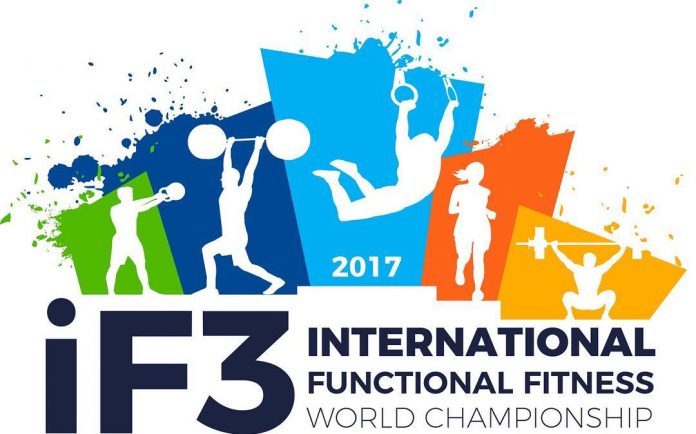 The inaugural International Functional Fitness Federation (iF3) World Championships begin tomorrow in Concord, California. Over the course this weekend, three teams and 42 individuals will be compete through six tests to be named the 2017 iF3 World Champion.

The United States, Mexico and Sweden have fielded teams. The rosters have not yet been announced.

On the individual side, 25 men and 17 women will line up to compete for the individual world championship title. Several individuals who did not compete at the US National Championships have been added to the Team USA roster – Nich Bloch, Tola Morakinyo, Ashley Beaver, Whitney Heuser, Val Calhoun, Alyssa Christian and Jamie Hagiya.

Athletes from the United States, Canada, Mexico, United Kingdom, Sweden, Ireland, Latvia and Kazakhstan will be in attendance. Here is the full list of individuals competing:

The full schedule for the weekend can be found here.