The discussion of who is the Fittest Man in History just got a little more interesting. Mat Fraser joins Rich Froning as the only two men to win four CrossFit Games championships.

It was not as easy as the past three years for Fraser, who averaged a 209-point margin of victory during his 2016-2018 run. Noah Ohlsen wore the white leader’s jersey for six of the 12 events throughout the competition, but Fraser stayed within himself and with nothing to lose and everything to gain, won the final event.

It took some time, but Fraser pushed when he needed it most in Ringer 1 & 2, placing second and first, respectively. Ohlsen took fourth and fifth to surrender the lead.

With the final event remaining and a 25-point lead, Fraser stepped on the gas and narrowly defeated Ohlsen by four seconds to win the event. Ohlsen finished second in the final and would finish second on the podium. 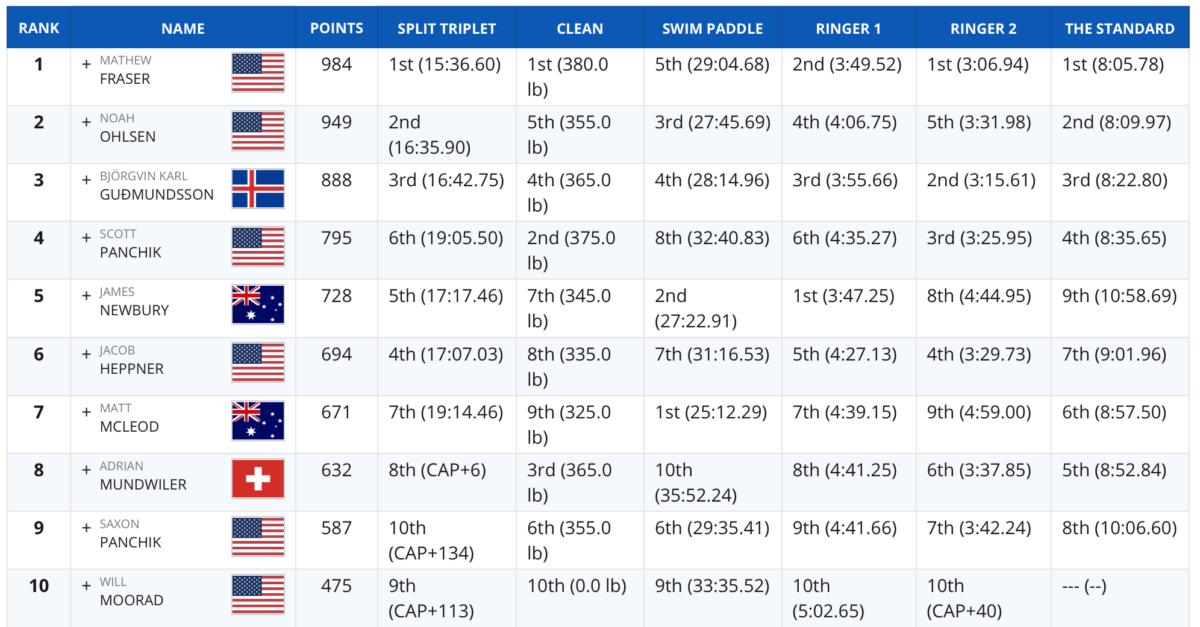 Six: Number of event wins for Fraser at the 2019 CrossFit Games

Nineteen: Number of total event wins for Fraser during his six-year career