Dubbed the “Nano for All,” Reebok is launching the next generation of Nanos. The Reebok Nano 9 will be released globally on June 12. Like previous versions, Reebok worked closely with CrossFit athletes to improve upon previous iterations and meet the needs to CrossFitters around the world.

Tal Short, Senior Product Manager of Training Footwear at Reebok, says, “We’re proud to unveil a shoe that delivers directly on the needs we heard from the CrossFit community around the world.”

The new Nano 9 has a much different look than the Nano 8. The most notable change is the logo on the side of the shoe goes back to the Nano 2 style. Short added, “We think it makes the shoe look a lot faster and a lot slimmer, so it’s more like a sneaker, and less like a piece of equipment.” And while the Nano 9 still features Flexweave, the pattern is different than previous iterations.

The other big change is with the mid-sole wrap that extends around the back of the shoe. The Nano 9 has a lower profile than previous versions.

Looking at the sole, the rubber on the sole sole has been split in half. According to Short, “[the design] allows your foot to really bend, and lets you feel a better ride when you’re running.” The sole has also been designed to provide better traction when running. 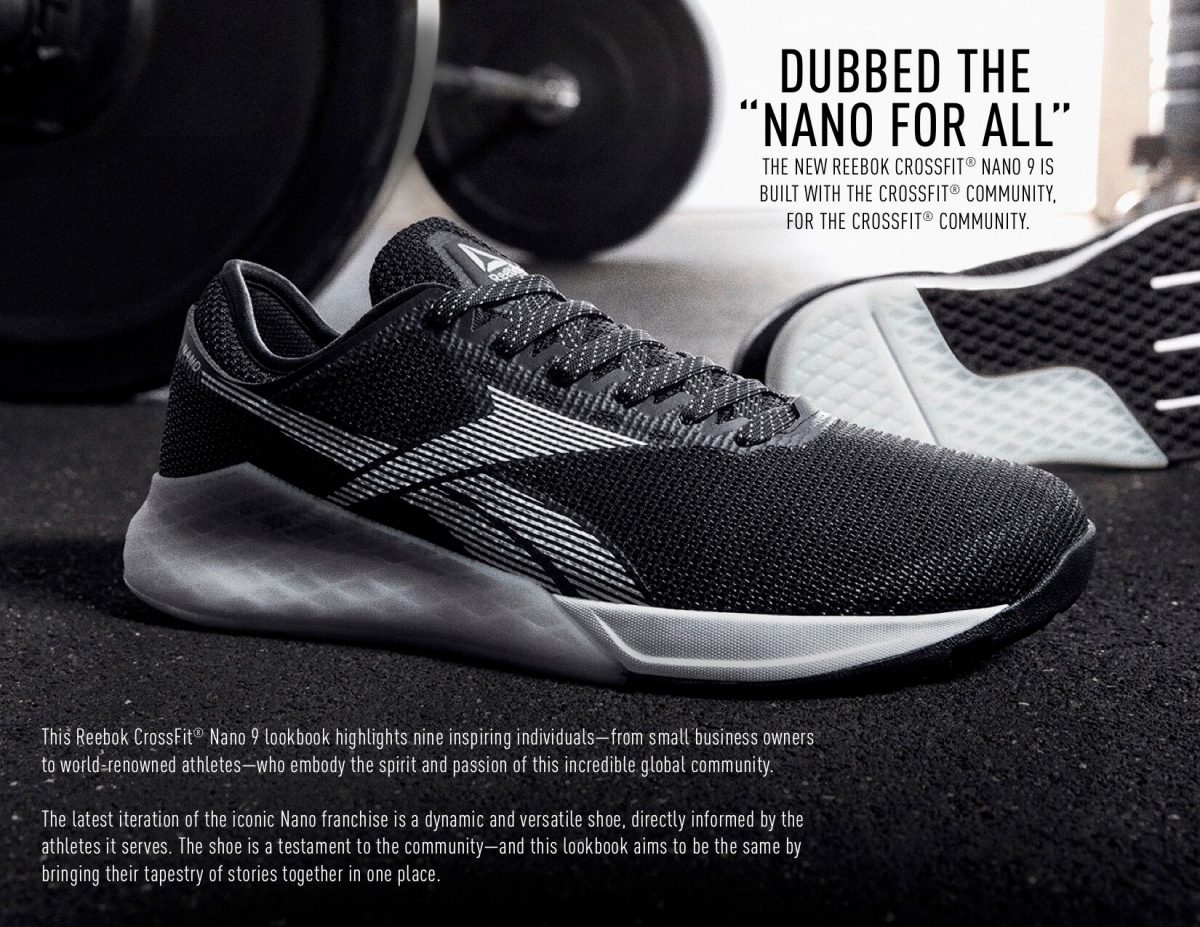 Last year’s 2nd place finisher at the CrossFit Games, Pat Vellner said of the new Nano 9, “I love that it still has all the qualities I’ve come to rely on from the Nano, but it rocks some new features like enhanced traction on the soles and improved cushioning in the forefront that provide a better all-around experience for any type of CrossFit workout I do.”

The Reebok Nano 9 will be available in four colorways beginning June 12 at a $130 price point (the same price as previous versions). Reebok UNLOCKED members will have early access to purchase the new release and have the opportunity to earn points with their purchase that can be redeemed for special rewards. To learn more, visit: https://www.reebok.com/us/reebokunlocked-rewards.