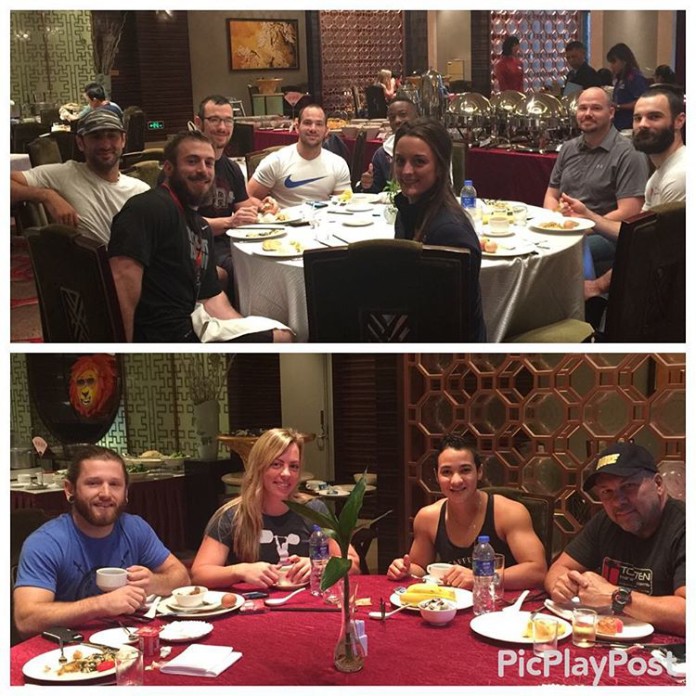 The 2015 IWF Chinese Grand Prix just wrapped up in which the United States sent 12 athletes, seven men and five women. The competition was an Individual Qualification Event for the Rio 2016 Olympic Games. The total prize money was $160,000 USD plus World Record bonuses was the highest amount ever paid out during an IWF Grand Prix event.

The event took place at the Mawei Gymnasium Fuzhou and included the following weight classes:

Hui Liao (China) attempted a world record clean & jerk during the Men’s 77kg competition. He was able to clean 211kg, but missed the jerk. Liao ended up posting a 170kg snatch and a 190kg clean & jerk for a 360kg total. The 170kg snatch was a personal best for Liao and was higher than the 166kg world record he set last year as a 69kg lifter, but was 6kg shy of Xiaojun’s snatch world record set back in 1984.

On the American side, Darren Barnes took third place in the 56kg class and posted a 105-136–241 stat line, thereby breaking the American national record for the clean & jerk by 1kg.

For the American women, Mary Peck took fourth in the 63kg class with a 90-106–196. Additionally, Ariel Stevens placed fourth in the 69kg class as she announced on social media this morning that she has torn hip labrum and partially torn rectus femoris tendon. To avoid risking further injury, Stevens power snatched and power cleaned each lift.

Speaking as to why she decided to weigh-in and compete, Stevens posted on Instagram, “Simply weighing in at this competition helps make me eligible for Olympic Trials next year…”. Stevens posted 78-98–176, far below her ability at full strength.