Chyna Cho was in Cookeville, Tennessee last weekend. While in the fitness capital of the world, Cho grabbed some workouts with Rich Froning and team at CrossFit Mayhem. During her stay she also completed 19.2 alongside Froning and Tasia Percevecz, both of whom are members of CrossFit Mayhem Freedom.

With Cho in Tennessee, many began to wonder if Cho might be joining the Mayhem crew to compete at the upcoming Asia CrossFit Championship. At first that speculation seemed a little far fetched, but it might be reality.

In CrossFit Mayhem’s most recent vlog, “Setting Records 19.2”, the subtitles when introducing Kristin Miller and Chyna Cho may have tipped their hat. Miller replaced Lindy Barber on CrossFit Mayhem Freedom during the off-season, but the subtitles suggest that Miller may be back on the Independence team. Check out the screenshot below. 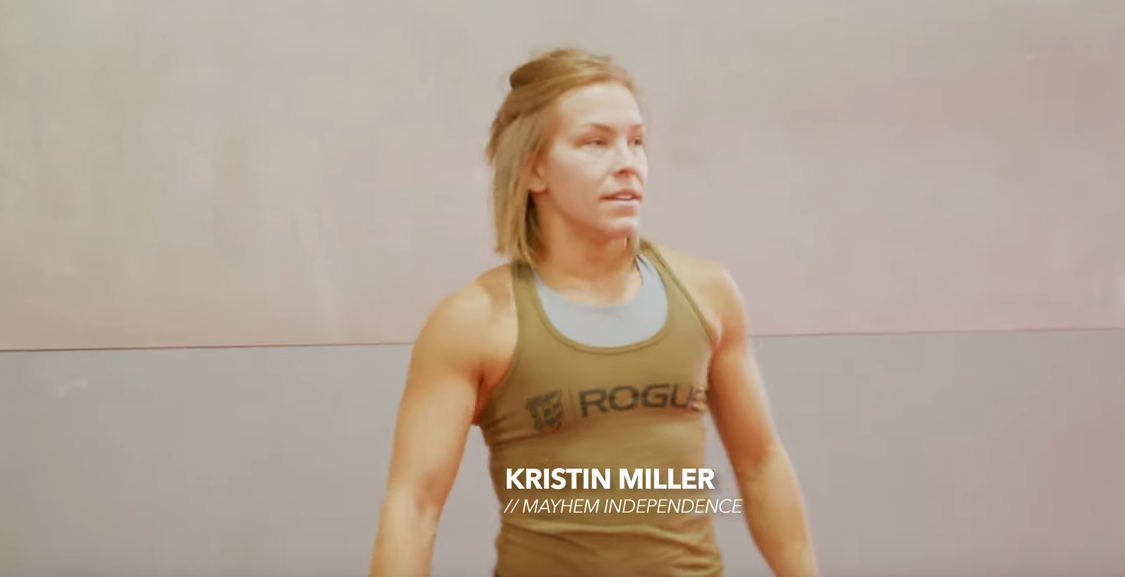 Shortly after, Cho was introduced with “Mayhem Freedom” as the subtitle.