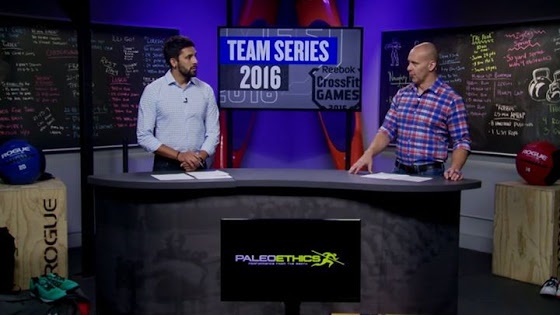 [UPDATE: Paul Gomez, Progenex Marketing Director, tells the Morning Chalk Up that “the CrossFit Games and Progenex are moving in different directions and our message is no longer aligned. We are committed to functional fitness and enhancing every day fitness enthusiasts and athletes. We look forward to putting our resources into coaches, affiliates and anyone that is trying to improve other’s lives through fitness.”]

PaleoEthics appears to be replacing Progenex as the supplement sponsor for the CrossFit Games as Team USA was sponsored by PaleoEthics. In addition, the CrossFit Invitational Update Show prominently featured the PaleoEthics logo.

Justin Bergh, General Manager of the CrossFit Games, did confirm to the Morning Chalk Up that Progenex will no longer be a partner of the Games.