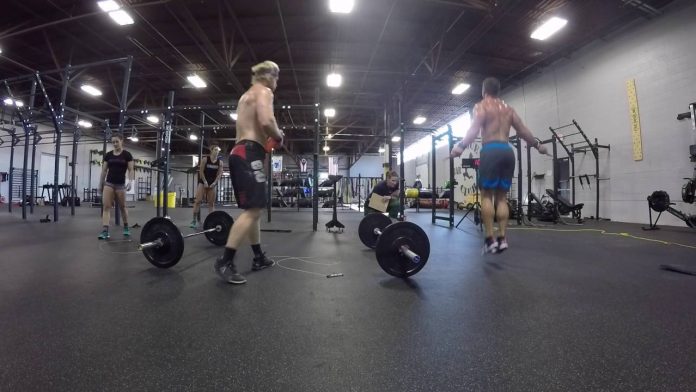 While the results are still not official, Rogue Red is sitting at the top of the CrossFit Team Series leaderboard. Rogue Red (Graham Holmberg, Dan Bailey, Camille Leblanc-Bazinet and Margaux Alvarez) have 41 points and lead Rogue Fitness Team Black and Team Reebok Reunited by two points.

There is still a possibility that a score is validated that shakes up the leaderboard, it is very unlikely as it appears the top teams’ scores are posted. That leaves the only way that Rogue Red doesn’t finish first is if their (or technically other teams’ scores) are adjusted after video review.

The top of the leaderboard was jam packed with four teams within three points. The top 5 teams all consisted of the CrossFit Games veterans. Team Rogue Unicorns, 6th place, was the first team with a team member who had not competed at the Games as an individual. Jersey Shore’s Finest, 9th place, was the first team without a CrossFit Games veteran on its roster.

Here are the videos of the Week 2 workouts for Rogue Red: