The 2016 Fittest Games presented by Onnit wrapped up yesterday in Austin, Texas, with some familiar names at the top of the leaderboard. On the men’s side, Alex Anderson dominated the field on Saturday finishing with three first place finishes to steal the championship away from Nick Urankar. Travis Williams, another CrossFit Games veteran, took third place.

In the women’s competition, Misfit Athletics’ Alexis Johnson took the top spot on the podium ahead of Brista Mayfield and Candice Wagner. At the 2015 South Regional, Johnson also finished one spot ahead of Mayfield when they finished 11th and 12th, respectively. 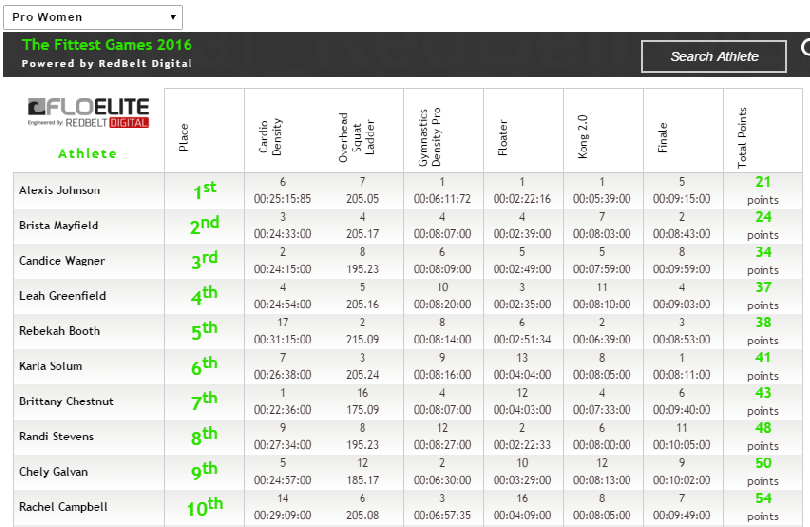 Click here for the full leaderboard of The Fittest Games.