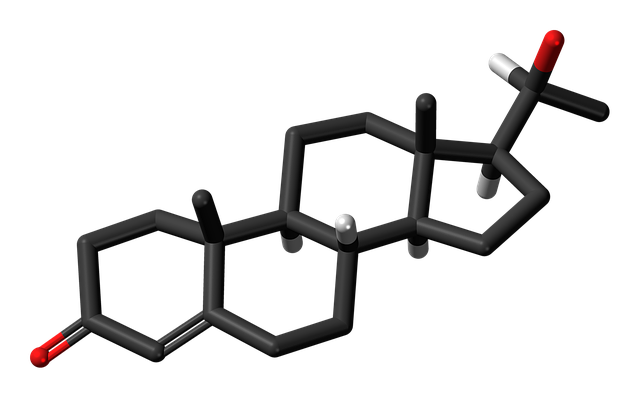 Newhart, who decided to not appeal the results, is suspended for two years beginning on March 17, 2016 and lasting until March 18, 2016. Because of the timing of the suspension, it will effectively result in missing three years of competition (unless the CrossFit season changes its schedule).

This is not the first time Newhart has been part of controversy during the CrossFit Open. In 2015, Newhart’s performance on 15.2 did not meet the required movement standards and she received a 15% penalty to her score. The penalty resulted in her dropping out of first place worldwide for the workout.

Following CrossFit’s announcement, we reached out to several top CrossFit athletes to get their reaction to the suspension. All responses were given under anonymity. The comments definitely vary among athletes. Let us know your thoughts in the comments.

“I think it sucks for sure. Really have to pay attention to what you are taking. I use the stuff everyone uses that way if I test positive for some reason a lot of other people probably will too and I won’t feel terrible about it.”

“I think it’s a shame when an athlete succumbs to the pressure of cheating just to stay on top. Not only does it hurt them but the sport they represent.”

“I am indifferent about it (CrossFit’s drug testing policy). I am glad we have it, especially in the offseason. But a lot of people know how to scam their way out of it. Any pure strength and conditioning coach I’m sure knows one person who knows how to beat the system. And the way (CrossFit) HQ does it is kind of silly. You get a full 24 hours notice of the test, which again, you can manipulate to pass. The Olympics just show up without warning. But it does scare people into doing the right thing. But I believe there are athletes that are 100% using something that is illegal. I honestly think or have heard that HQ has covered some up. Just rumors so I don’t know if they are true.”

“While I think two years is a really long suspension, I’m also glad that this is being taken seriously. It’s not fair for the athletes out there that are busting their asses day in and day out and not getting help from illegal substances.

“It’s disheartening to see the lengths that athletes will go to in order to have their best shot at being at the CrossFit Games or on the top of the podium, but that’s the nature of the sport. CrossFitters and any other professional athletes can get caught up and do whatever it takes to get to the top.

“I personally know CrossFit tests athletes who make it to the Games immediately after Regionals and throughout the year there is random testing…like they show up at your door. I’m sure there are athletes who slip through the cracks and who get away with taking illegal substances but as a whole, I think CrossFit does the best they can in trying to drug test athletes. You can’t test everybody all the time!

I’m all for anything that enforces banned substances. It’s not fair for those athletes training hard day in and day out. I want everyone to be on an equal playing field.”

“I think people being shocked by this is naive. I think it’s much more prevalent than most would like to believe, albeit probably more on the men’s side. I like Natalie and it sucks that she’ll be out for two years (actually three given that they started the suspension half way through the Open). Doesn’t seem worth the risk.

“Seeing how CrossFit is some people’s entire life though I can see why the risk seems worth the reward to them. But it is extremely frustrating when others are working so hard without the benefit of enhancements. Such is life I guess? Not always fair but you get to choose your own course and sometimes you get to pay for it.”

“Honestly, I think more athletes than not are on something or have taken something. It’s not surprising that CrossFit has made examples of lower ranked athletes. I don’t think that even if the top athletes were caught that they would release that information. It would make the sport look bad. With so much money on the line people are bound to try to push the limits of the next best thing to give them an edge, if that’s knowingly or not.”

“I really think it’s pathetic and absolutely ridiculous that she would do that. I would never stoop to that level just to get ahead or get fame and recognition. I feel like it always comes back to bite you in the end. Karma sucks. I want my accolades to be recognized because I was honest and true. I think there should be more drug testing in CrossFit and I think more and more athletes would get exposed. Maybe this is a step in the right direction.”

“I think CrossFit is doing their best to regulate the sport but like all professional sports people are going to try to gain an edge on their opponents and some make bad decisions under that stress. Professional CrossFit is growing at a rapid pace and with that the opportunity for money, fame, etc. grows. So it’s not surprising to me when people get caught using. Like Greg Glassman said, ‘Men will kill for points.’ “

“Hate that (Natalie’s suspension) for real. I’m truly conflicted in feeling bad for her but at the same time not…it’s definitely an odd and unique feeling.”

“I’ll never forget the day in the CrossFit Games when she was an individual and couldn’t deadlift 265-pounds, not even one time. Didn’t even get to start the last workout because of it. Then, last year she couldn’t clean 165-pounds over and over and over in the last event at Regionals. And then she got really huge and ridiculously strong this year. Looked jacked and then in the Open, she cleans 205-pounds seven times in 16.2. Everyone knew. So obvious.”