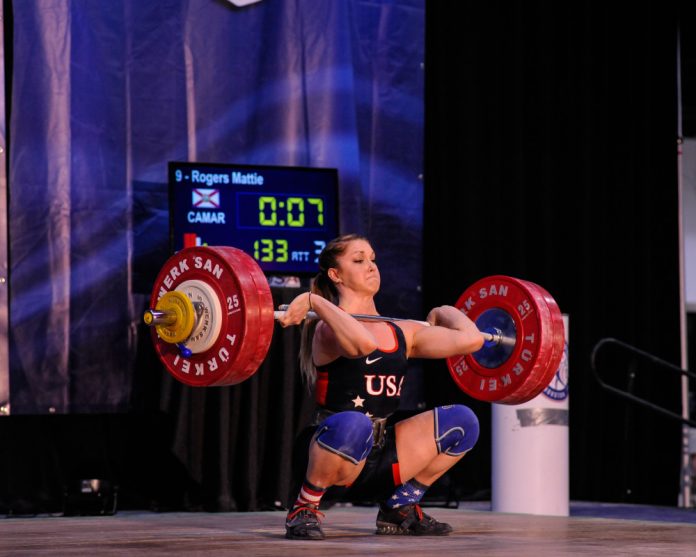 To cap off the weekend at the USAW National Junior Championships, an Olympic Qualifier was held showcasing some of the top lifters in the country. Eleven women took the platform to qualify for the Pan Am Championships and 2016 Olympics and ten men were vying for a spot on the Pan Am and Continental Qualification teams.

Because the U.S. Men have not secured an Olympic spot yet, the ranking is based on projected placement and the percentage of next higher placement total. The U.S. Women, however, have secured three Olympic spots with Jenny Arthur already awarded a spot. Because of this, the women are ranked as a percentage compared to a 3rd place average for each bodyweight category.

The results from this weekend’s qualifier are ranked in terms of the qualification standards mentioned above.

Kendrick Farris’ 364kg total gives him two more projected points, but he is still 2 points behind Alex Lee. Colin Burns does move up to third ahead of Caine Wilkes and James Tatum’s 343kg propels him to a tie with Wilkes.

Mattie Rogers set a new American Record Snatch, Clean & Jerk and Total and moved herself ahead of Morghan King in the rankings. Rogers now sits in 2nd place behind Sarah Robles. King now sits in 3rd place in the rankings and on the outside looking in to qualifying for the Olympics. King would have to total 173kg at the Olympic Team Trials in May to secure an Olympic spot (with Rogers not improving on her 238kg total).