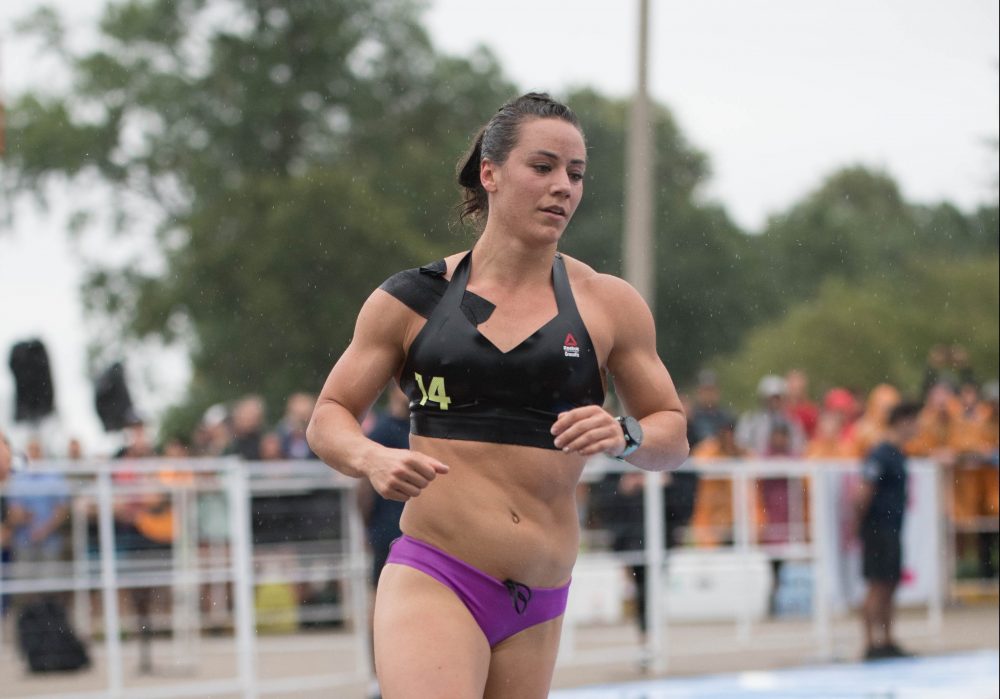 Throughout the three stages of the CrossFit Games season – the Open, Regionals and the CrossFit Games – the final stage has always been the place where Dave Castro tests the athletes’ endurance. Sure, the Open has had 20-minute workouts and Regionals have included the long chipper, but the first event at the CrossFit Games has tested the monostructural endurance capacity of the top 40 men and women in the world.

Regionals this year was the first time that an event like this had been seen. Triple 3, an event from the 2014 Games, finally tested the athletes prior to the Games. But even with an endurance event already tested, Castro will definitely include another long event.

Let’s take a look back at the history of the CrossFit Games and the events that have tested the athletes’ ability to go long.

Going back to the very start of the CrossFit Games. The 2007 CrossFit Games only featured three events over two days. On the first day, Castro programmed a 5k trail run. Athletes were devastated as, at the time, many athletes doing CrossFit shunned endurance training (and especially running). The steep hills, combined with 3.1 miles of running, crushed the athletes.

2008 was the year of Every Second Counts. Instead of a points system, the scoring system was the total time accumulated over all four events. The longest event was a 750-meter trail run that tested the leg strength/endurance of the athletes. Again, Chris Spealler led the field.

Dave Castro upped the ante from the 2007 trail run with a 7k trail run in 2009. This would also be the basis for the 2016 CrossFit Games Trail Run. Chris Spealler won the long event for the third year in a row with a time of 37:43. Sarah Dunsmore won the women’s event in 41:44.

This was the first year at the Home Depot Center. The CrossFit Games did not program a long event this year as the longest event was Double Pyramid Helen ended up running a total of 1.5 miles alongside Helen (with double the reps).

In 2011, Castro began what would be a theme for the CrossFit Games going forward. In a surprise announcement at the athlete dinner, The Beach would face the athletes on Wednesday. Prior to this, the Games had begun on Friday.

As a twist on Murph, the athletes kicked off with a 210-meter swim followed by a 1,500-meter soft sand run. Athletes then hit 50 chest-to-bar pull-ups, 100 hand-release push-ups and 200 air squats before repeating the soft sand run.

Josh Bridges and Julie Foucher would win the event.

This was the first time athletes had to swim at the CrossFit Games and some athletes were unprepared. Deborah Cordner-Carson and Rob Orlando did not complete the event and were disqualified from the competition. Mikko Salo would have to withdraw after busting his ear drum while in the water.

Castro surprised the athletes once again in 2012. With his military background, Castro took the athletes to Camp Pendleton. At the time athletes were thinking a triathlon was a possibility for the 2012 Games. In some aspects they were correct.

However, it would be a triathlon like no other. The swim was not the concern for many, although Latin American athlete Orlando Trejo withdrew during the swim. After the swim, there was an 8km bike followed by an 11km run over Microwave Mountain within the Camp Pendleton grounds.

For a large portion of the bike section, the terrain was soft sand. Athletes basically were running alongside their bike. That is for athletes who had a bike…someone took Ben Smith’s bike during the swim and CrossFit had to scramble to get him a bike.

After the bike, though, Microwave Mountain and 11km of very difficult terrain stood in front of the athletes. Many struggled to maintain a jog throughout and had to walk at times. Chris Spealler, who dominated the long events at The Ranch, cramped badly and almost had to withdraw from the competition.

This is the year that had what is probably the most boring event in the history of the CrossFit Games. A half marathon row, or 21,097 meters.

The only twist was that there were actually two scored events during this. First, athletes were scored for their time at the 2,000-meter mark and then a second scored event when athletes completed the entire distance.

There was limited live streaming coverage and fans watching around the world were left watching an 8-bit screen of boats going across the screen. In the end, Jason Khalipa destroyed the field with a 6:21 time for the 2,000-meter checkpoint and a time of 1:18:02 for the full half marathon.

The Triple 3 was the long event this year. As we saw at Regionals this year, the 3,000-meter row tempts athletes to get a quick lead, but the event is won or lost on the run. At the StubHub Center, running under the sun in the heat would make or break the athletes.

This is one of the few events that ever “beat” Rich Froning. Froning had to walk a portion of the event and ended up taking 37th, his worst finish at the Games ever.

Rob Forte would end up taking the men’s event win while Kristin Holte won on the women’s side.

In 2015, there were two long event waiting for the athletes. The long-awaited paddleboard made an appearance in the opening event. The 2-mile paddeboard sandwiched between two 500-meter swims kicked off the 2015 CrossFit Games. The second event was Murph, an event that would define the rest of that year’s competition.

During the Pier Paddle event, Kara Webb and Jonne Koski would earn 100 points in the first event. But things would definitely change on Friday.

For the individual athletes, Murph was in the early afternoon – the hottest part of the day. With a 20-pound weight vest and doing Murph unpartitioned in a competition combined for numerous athletes struggling. Kara Webb and Annie Thorisdottir suffered heat exhaustion. Thorisdottir would end up withdrawing from the competition. Webb would make it through the weekend and finished in 5th.

Bjorgvin Gudmundsson and Sam Briggs would take the honors this year.

2016 was the 10th CrossFit Games. To commemorate the occasion, athletes were flown to The Ranch for Day 1. The first event, a beefed up repeat of the 7k trail run from the 2009 Games. With some added hills and some additional treachery along the course, Mat Fraser and Sam Briggs dusted their competition.

That was on Wednesday. The real redemption came on Friday when Murph was programmed for the second year in a row. This time Murph was in the morning and it was partitioned. Times were much faster this year and no one suffered heat exhaustion.

Josh Bridges, who failed to qualify in 2015, won the event while Kari Pearce won on the women’s side.

While it wasn’t the super-long event like the Camp Pendleton triathlon, it did test the ability of athletes to maintain a fast pace for a long duration. Brent Fikowski and Tia-Clair Toomey would win the event.

Dave Castro has hinted that the first day of the 2018 CrossFit Games will test athletes like no other year before. Many CrossFit fans were expecting to see a triathlon last year, especially when a bike event was hinted at. Instead, Castro had Cyclocross in mind.

Is this the year that the athletes head out onto the roads for a long triathlon? Madison hosts an IRONMAN triathlon every year and is perfect for this type of set up. CrossFit’s partnership with Trek would also lend well to this event.

The other rumor is that Quann Park, home to last year’s Cyclocross, could be set up for a Spartan Race or something like the Tough Mudder X.

We only have a few more weeks until we find out how endurance will be tested in 2018.