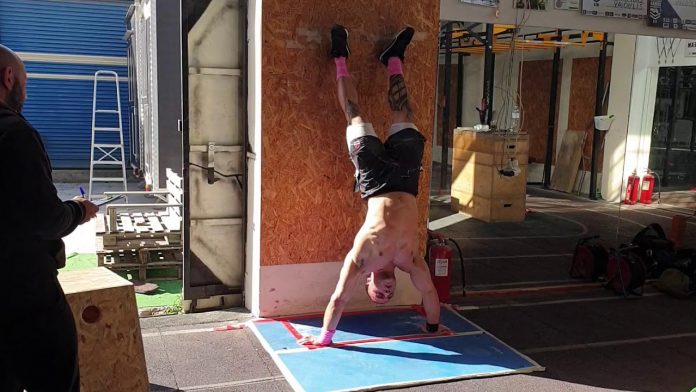 CrossFit HQ has completed their review of video submissions of those in or near the Top 20 worldwide in the Open. After requesting videos from 19.1 and 19.3, CrossFit HQ assessed penalties on 11 athletes.

The penalties knocked Kristine Best (USA), Jadzia Truszkowski (CAN), Hayley Murillo (USA) and Melissa (Doll) Herman (USA) out of the Top 20 qualifying spots. In their place, Carrie Beamer (USA), Gabriela Migala (POL), Katelin Van Zyl (AUS) and Haley Adams (USA) all moved above the cut line and have qualified to the Games as individuals via the Top 20. None of the six penalties on the men’s side affected the Top 20 qualifying spots.

Best and Truszkowski both were assessed penalties for squat depth on the walls balls during 19.1. Best’s score was adjusted from 341 reps down to 290. Her video can be watched below.

Truszkowski’s score was adjusted from 327 reps to 278. Her video is no longer available on YouTube.

Murillo and Doll received penalties for not meeting the handstand push-up standards. Murillo was penalized for several instances where her butt touched the wall and other times where her feet did not remain inside the width of her hands throughout the push-up. Murillo’s score changed from 170 reps to 145. Murillo’s video is no longer available on YouTube.

Doll was penalized for taking off her shoes during the workout (which violates Section 1.13 of the CrossFit Games rulebook) and failing to keep her hands inside the designated box. Doll’s score also changed from 170 reps to 145. Watch Doll’s video below.

Caroline Conners, while not inside the Top 20 cutoff, was also penalized for not reaching depth during the wall ball shots during 19.1. Her score of 304 was reduced to 259. Her video is below.

On the men’s side, six athletes received penalties, but none dropped them outside the blue cut line.

Both of Theofanidis’ videos are below.

One of the most confusing penalties was assessed to Devin Ford. Ford’s video submission showed him finishing 19.3 in 8:24. However, it was found he only completed 40 of the 50 handstand push-ups. When notified of the error, Ford shared his first attempt at 19.3 with CrossFit HQ. That attempt was finished in 8:49 with all 50 HSPUs completed.

CrossFit made the decision to issue a major penalty on his original submission whereby his time was reduced to 9:34. The penalty dropped him down to 27th, the last one under the blue line. Ford’s video is no longer available.

Mark Alan’s (USA) and Matt Dunaway’s (USA) 19.3 scores were invalidated after both did not submit a video for 19.3.

Stay tuned to The Barbell Spin as this story develops.