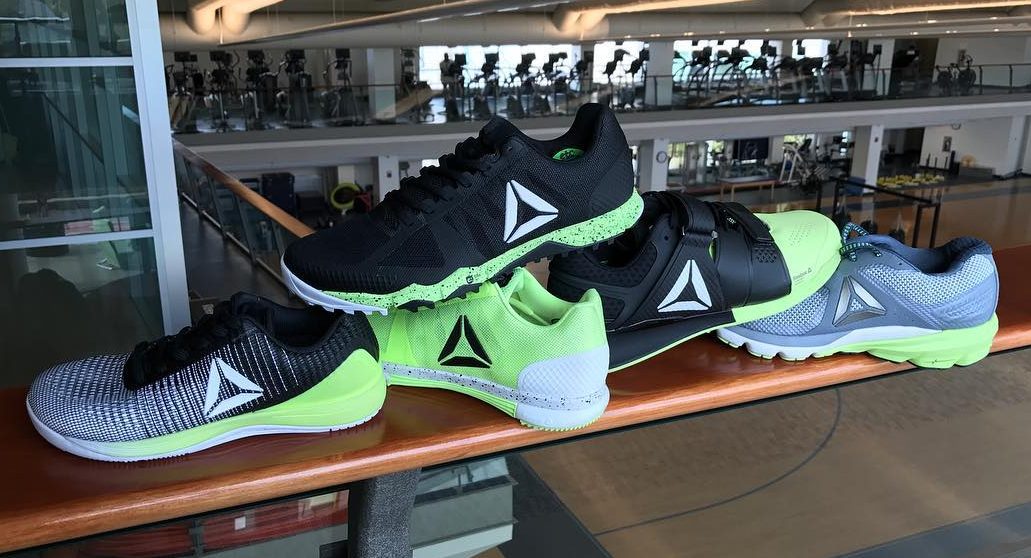 All we knew was that CrossFit and Reebok had signed an agreement that ran through the 2020 CrossFit Games. Until now. Thanks to the lawsuit filed by CrossFit alleging that Reebok has not paid proper royalties per the licensing and sponsorship agreement that we can finally see what the two parties agreed to.

The Licensing and Sponsorship Agreement that was signed in September 2010 was attached as Exhibit A to CrossFit’s official legal complaint. It is likely CrossFit never wanted to share the details of this agreement, but based on the strong language in the complaint CrossFit probably felt it had no choice.

The contract is really interesting (if you’re into that stuff) and aside from the contractual lingo there are a lot of fascinating tidbits throughout the document. Here are the 10 things you didn’t know about the CrossFit-Reebok partnership.

1. It was almost called “The CrossFit Reebok Games”

As part of being the title sponsor, Reebok’s name was to be attached to the CrossFit Games. In the agreement, the language states it should be called “The CrossFit Reebok Games”, but that both parties would need to mutually agree to the final form. Of course, it is now called The Reebok CrossFit Games, which sounds much better and less corporately owned.

2. SKINS compression tights are allowed at the CrossFit Games

Remember the compression gear fad from the early days of CrossFit? Well apparently CrossFit had an agreement of some kind with SKINS that ran through 2014. In the agreement with Reebok, athletes were required to only wear Reebok attire. The one exception was SKINS.

A nice little #tbt to the 2011 @crossfitgames with the monkey bar event! Seems like sooo long ago! What a fun event! Looking forward to the final open announcement tonight then throwing down with a few of the boys later on after the big show! Should be a fun night! #CrossFit #CrossFitGames @reebok @crossfit

Through the 2014 CrossFit Games, athletes were permitted to wear SKINS compression gear under their Reebok-branded uniforms. After that, athletes can still wear compression gear as long as no logos are visible. This clause, however, appears to have ignored in recent years as athletes seem to be required to wear 100% Reebok gear.

3. Reebok is obligated to endorse athletes

In addition to the prize money awarded for the top athletes at the CrossFit Games, Reebok is required to spend a minimum amount of money each year on athlete endorsements. Reebok has the right to enter into an endorsement contract with the winner of the CrossFit Games each year. If Reebok does not enter an agreement with the winner (i.e. Mat Fraser), Reebok must use that money on different athletes.

4. CrossFit does have full control of the CrossFit Games programming

One of the biggest concerns of the Reebok deal when it was announced was that the CrossFit Games and its programming would be heavily influenced by Reebok. CrossFit and Dave Castro publicly denied that and said that CrossFit still had full control over the programming and structure of the Open, Regionals and Games. They were not lying, it was in the contract.

5. CrossFit wanted a TV deal and Reebok was going to help

It appears that CrossFit wanted a TV deal to broadcast the CrossFit Games. Per the agreement, Reebok was to leverage its existing relationships to help obtain a broadcast deal. It apparently worked. In 2014, ESPN began airing the CrossFit Games. Last year, that changed and CBS began covering the competition in Madision, Wisconsin.

6. CrossFit does not own the “CrossFit” trademark in South Africa

At least at the time of the contract in 2010, CrossFit, Inc. did not own the “CrossFit” trademark. There are now CrossFit gyms in South Africa so this might have changed, but we have not been able to verify.

7. Reebok paid initial fee of $2 million for contract with Reebok

For the 10-year term and before selling apparel and sending royalties, Reebok agreed to pay CrossFit, Inc. a non-refundable $2 million. Add on the royalty payments, required marketing contributions, CrossFit Games prize purse and endorements, Reebok has spent a lot of money pursuant to this agreement.

8. Reebok had a special termination clause if CrossFit Games were not nationally broadcast

Remember that deal with ESPN? Getting the CrossFit Games on a national broadcast in front of 65 million potential viewers was obligated. If it was not met, Reebok had the opportunity to walk away from the contract at the end of 2016.

What is interesting about this is that CrossFit’s plan back in 2010 was to grow the CrossFit Games into a massive spectacle that would be on national television. In interviews discussing the history of the CrossFit Games, it is common to hear people say it’s hard to believe it has grown to something this size. While true, CrossFit was working towards this for years.

Reebok also had an early termination clause if CrossFit did not have more than 4,000 affiliates in 2016.

9. At the end of the contract, CrossFit can require Reebok destroy all remaining inventory

So if the contract runs through December 31, 2020, you will have through June 9, 2021, to buy any remaining Reebok CrossFit gear. In the meantime, CrossFit has the right to sell CrossFit-branded gear through another supplier (like Nike).

10. Reebok proposed a contract extension where it was not the title sponsor

In late 2016 when the royalty calculation dispute started to heat up, Reebok sent CrossFit a proposed amendment to extend the contract through 2025. However, Reebok’s involvement with the CrossFit Games would diminish beginning in 2019. Per the proposal, Reebok would stop paying CrossFit for sponsoring the Games as well as funding the prize purse.

CrossFit would have the opportunity to find a third-party title sponsor that was not a competitor of Reebok (i.e. Nike). Reebok would continue producing all CrossFit gear for sale as well as for the CrossFit Games, it would just no longer be referred to as the Reebok CrossFit Games.

Along with this was the change to the royalty calculation that is in dispute. Obviously CrossFit did not agree to this proposed amendment so the original contract is still in place, but it does hint at Reebok wanting to get out of some of the required payments associated with funding the CrossFit Games.