CrossFit announced that it has developed the CrossFit Games app for the 2017 CrossFit Games yesterday. The app will allow fans to view the leaderboards, view the schedule of events and other pertinent information throughout Games weekend.

One of the interesting twists of the app is that the full venue and athlete event schedule was included in the release yesterday. While the schedule does not provide event details, it does give some insight into what the athlete schedules will look like.

For example, on Thursday morning, all divisions have an event at “The Boulevard”, a road right in the middle of the venue. We know that every division will be participating in the Run-Swim-Run event so it looks like this is when they will take on the event.

Also, the biggest question around that event is how long will it be. Each division is allotted one hour for the event suggesting that it will be somewhat of a shorter distance run and swim.

We know Event 2 involves the bike. The second event shown on the schedule for the men and women athletes begins at 10am in Quann Park. They are they for 3 1/2 hours. Our guess is that we will see the athletes on the bike followed by the obstacle course.

After the athletes are done at Quann Park, the remaining events occur in the Coliseum, North Park or at the Age Group Pavilion.

Only the Masters and Teens will be competing in the Age Group Pavilion. The Masters divisions appear to only have one event all week in the Coliseum. The 35-39, 40-44 and 45-49 are in the Coliseum Friday morning for a quick event. The 50-54, 55-59 and 60+ take on the Coliseum for a longer event Saturday morning.

The individuals and teams will split their time after Thursday morning between the Coliseum and North Park. These divisions also never overlap throughout the four days of competition.

The teams have two “blocks” of competition on Thursday, three on Friday, three on Saturday and two on Sunday for a total of 10. Of course, we already know that the Team Clean & Jerk Event will consist of two scored events so it is likely several of these blocks will include more than one scored event.

We’ve gone through all of the scheduled events and have created our own color-coded schedule (here’s the pdf version) showing when each division is competing at each venue for each day. We’ve also included the schedules in photo-format in case that is easier to view on your device.

Please note that times shown are rounded to the nearest 15 minute mark. 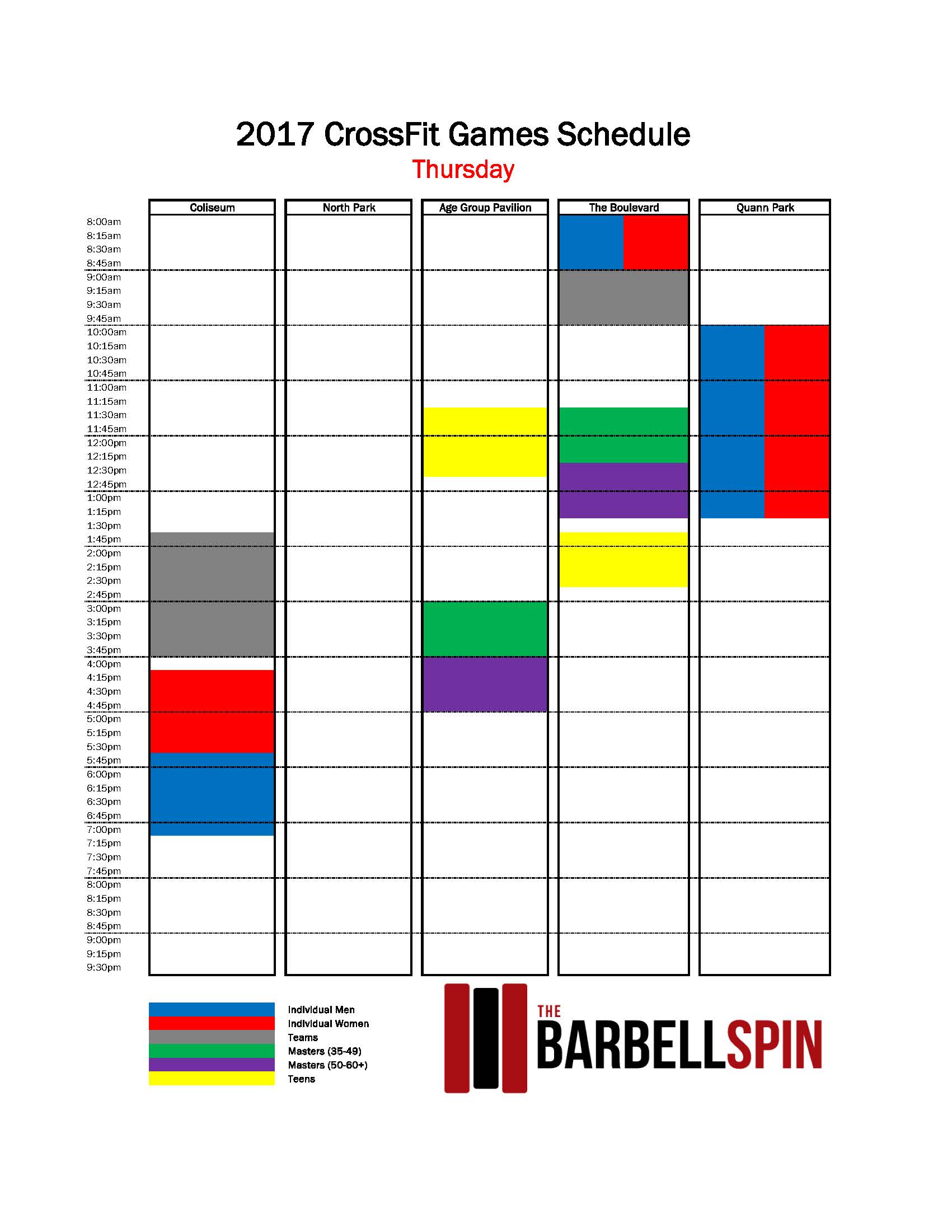 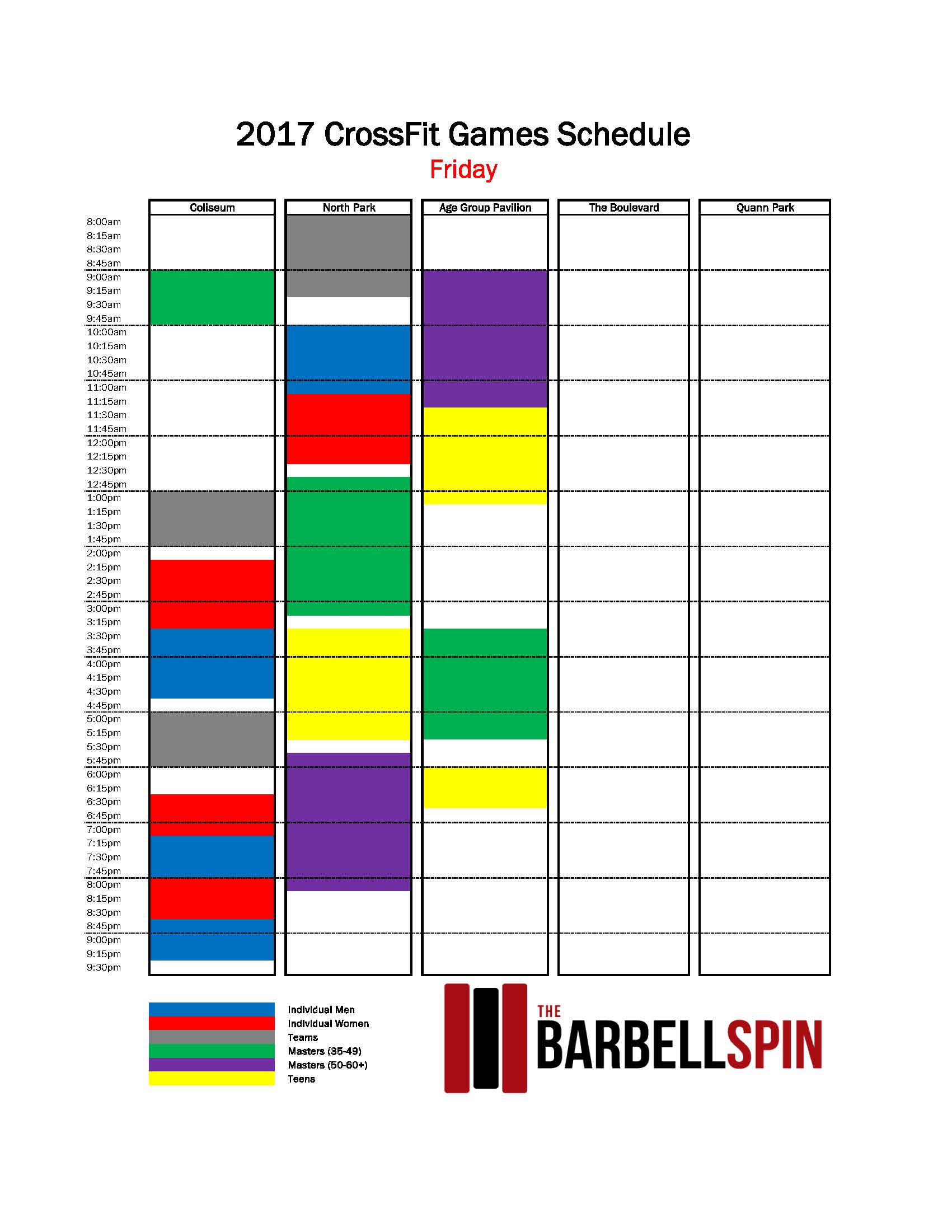 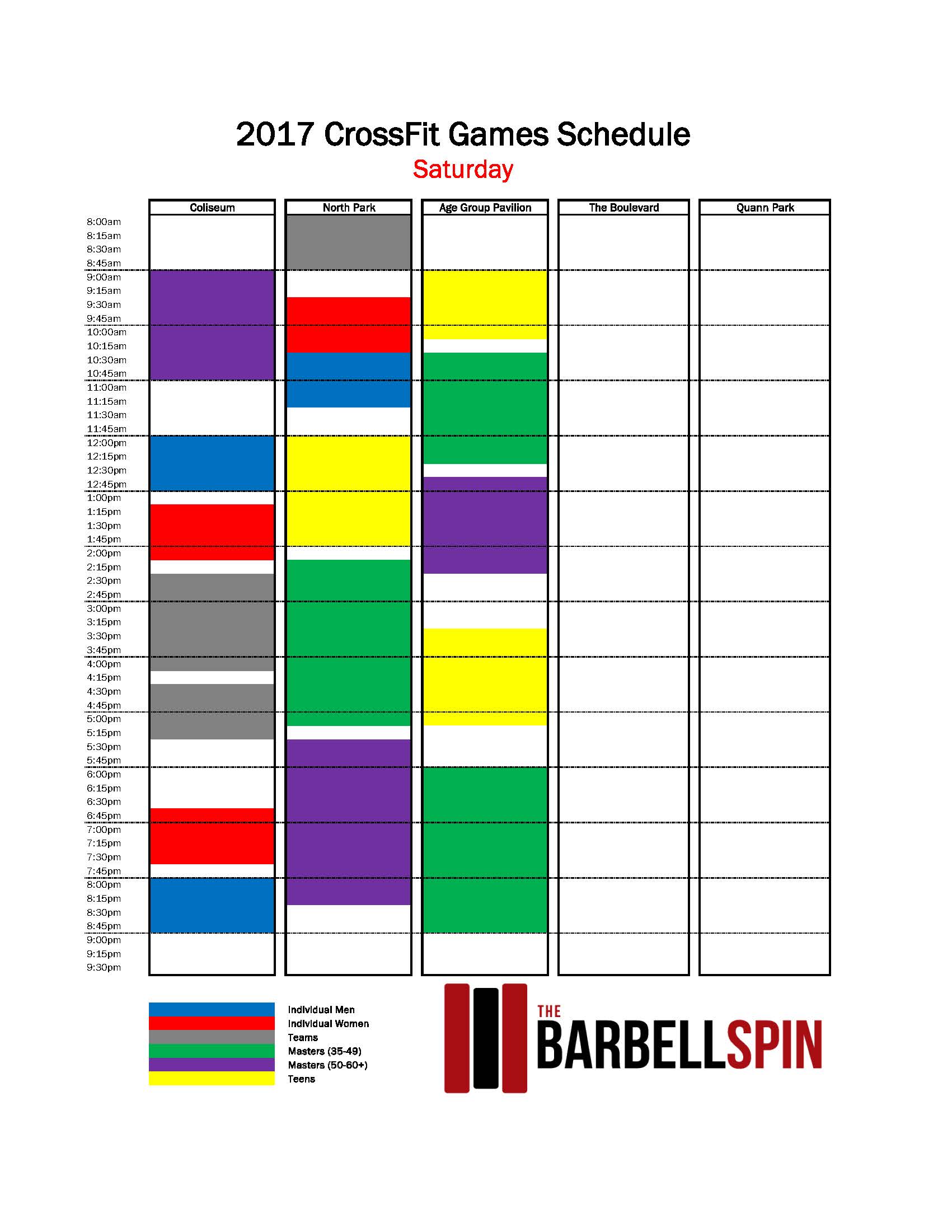 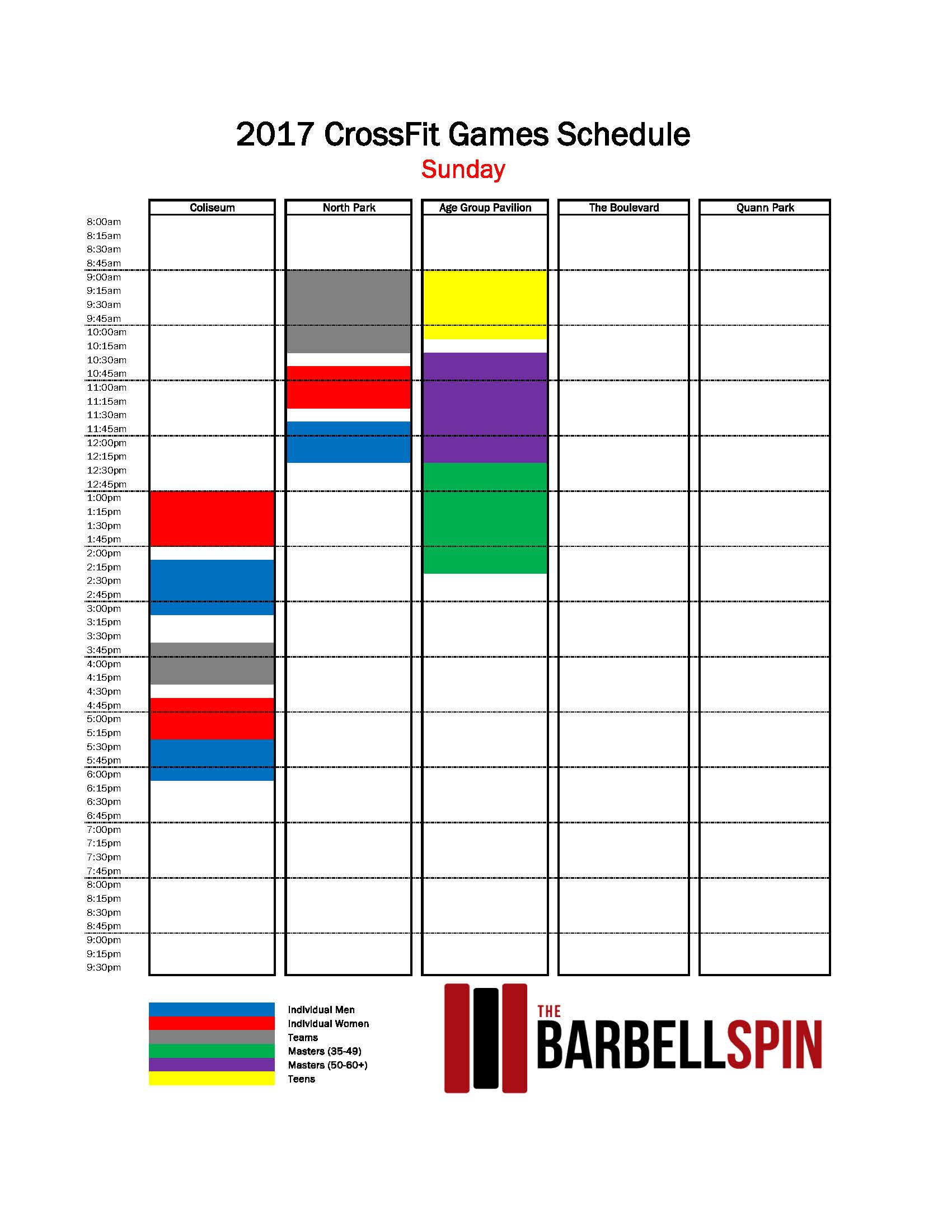